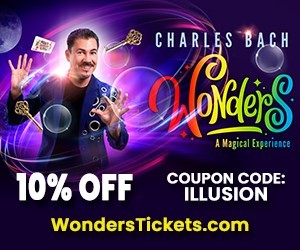 Plus, a special Wonders of Christmas! Magical Spectacular runs from November 13th through December 31st.

Save With This Coupon